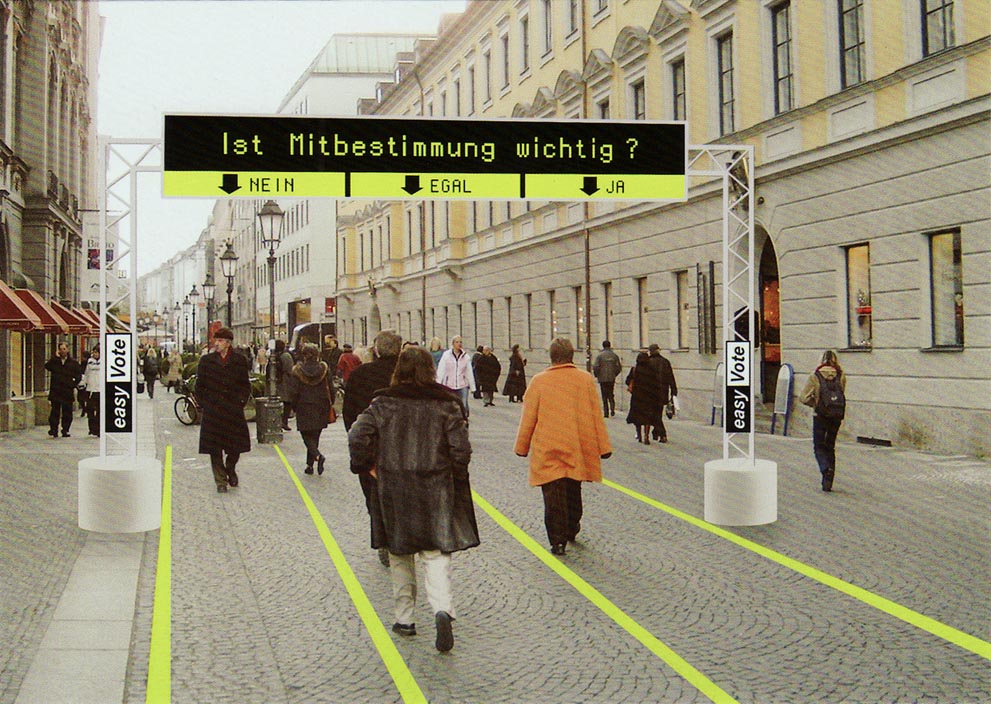 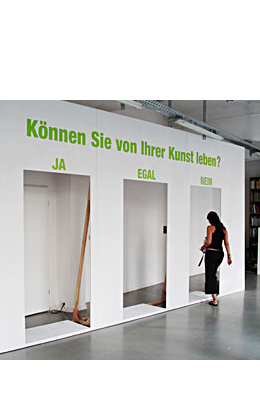 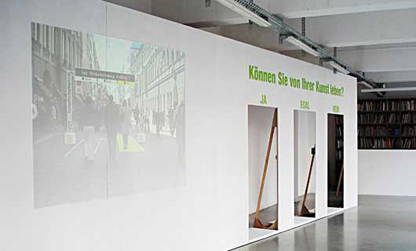 Exhibition in the Project Space
»Easy Vote – Department for Public Appearances«
Freedom of expression and opinion and the right to vote are fundamental rights in democratic societies. Over the last years, the need to contribute continued to increase but the election turnout and the motivation of the citizens to exert influence on decision-making processes have gone back noticeably.

With easyVote, the Department for Public Appearances developed a new instrument that records the voices of all users of the public space without timeouts and beyond any mechanisms of elimination.

EasyVote exposes the view on public phenomenona. The raised question is developed in relation to the chosen location and its background. From June 10th until June 23rd the Department for Public Appearances (Munich/Berlin) will install its voting model in the Project Space of the Deutscher Künstlerbund for which specific questions are developed. Your opinion matters!