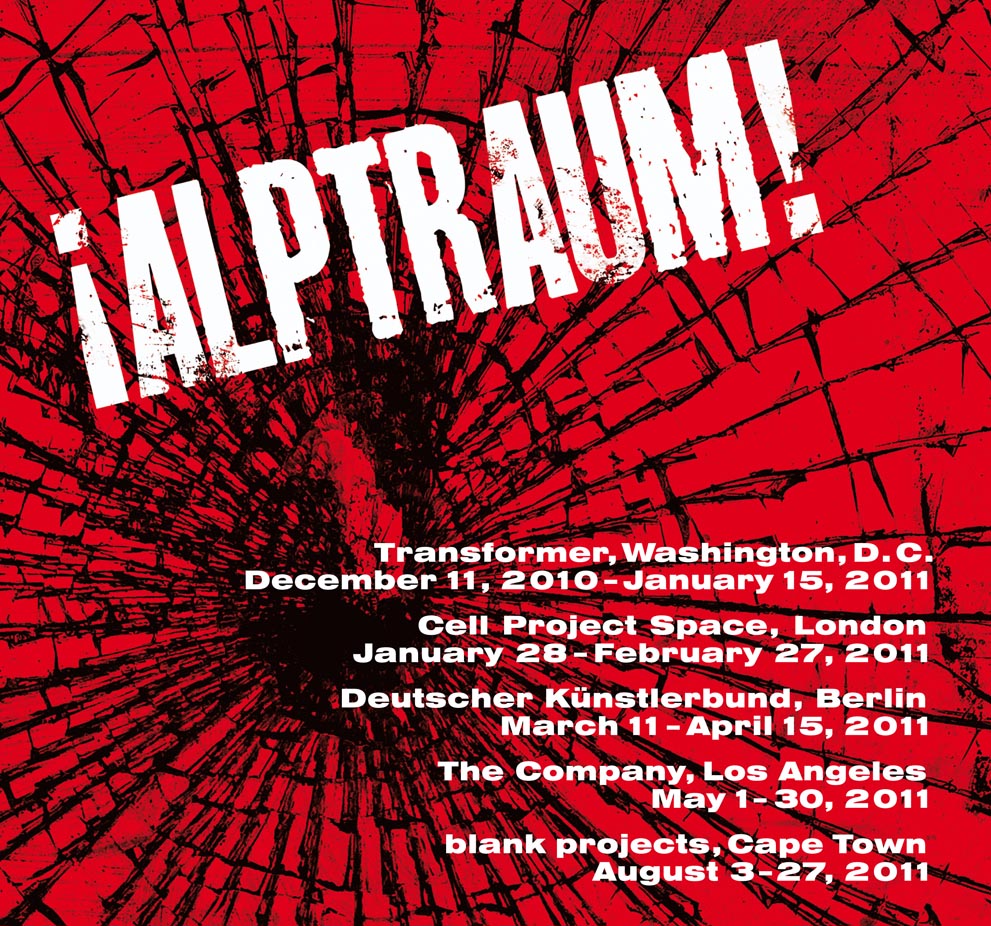 Conceived by artists Marcus Sendlinger, Berlin, and Jay Stuckey, Los Angeles, this exhibition invited the contributing artists to submit a work which has their direct hand in it, so physical contact and mark-making on the surface of the material is implied in a manner, within this context, akin to the skrier, an »automatic writer«, a pyromancer’s stirring of the hot embers, an ectoplasmic medium, the hand that re-creates the subconscious wanderings of its owner. This naturally excludes many types of process, but rather than excluding artists because their process prevents them from physical contact with their final piece, the artists invited to contribute have simply been asked to experiment within the pre-requisites of the theme. This offers them the opportunity to break the mould of their practice and try something slightly new, or indeed, old but discarded.

Like George Orwell with his Room 101 in his predictive tale 1984, we all have our own version of what constitutes a nightmare, and for this reason, the project has been opened to a large number of artists whose many and varied personal nightmare versions, or visions, act to reflect this hugely variable human state of fears and fobias, pain and panic.

Alptraum, the German of nightmare, is an artist-led project. It is a model which utilizes global communication between localized artist hubs and clusters to form an international grouping with the intent of opening a dialogue about this subject across borders and cultures in order to delve into the stuff and mind-murk that is collectively shared or completely random and unrelated, or individual and specific within the syndrome of »The Nightmare«. Each artist draws on their own personal experience in order to visualize those anxieties, which take them beyond everyday dreams. Working within the remit of the ‘artist-curated project’, all of the works in Alptraum have been restricted in size and material in order to facilitate the low-cost postal transportation of the show from country to country. With each exhibition site taking responsibility to pass the show on to the next host, the number of works and artists may change or grow, and the approach to interpreting and hanging the show vary from space to space as the body of works meanders on from country to country, like a trans-global nimbostratus formation; Alptraum is the exhibition equivalent of Stephen Kings »The Fog«.
An interpretation of the project by Richard Priestley. 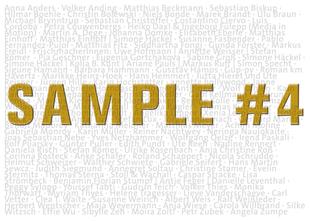 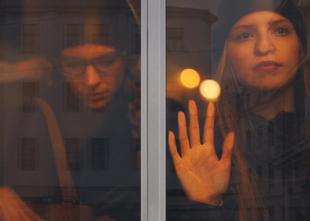 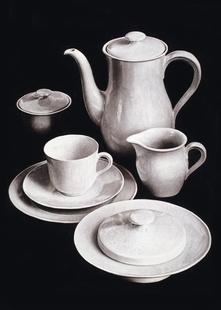 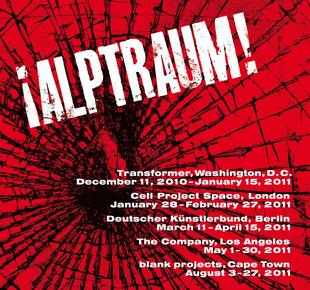 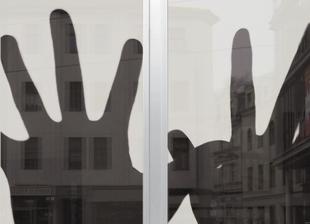