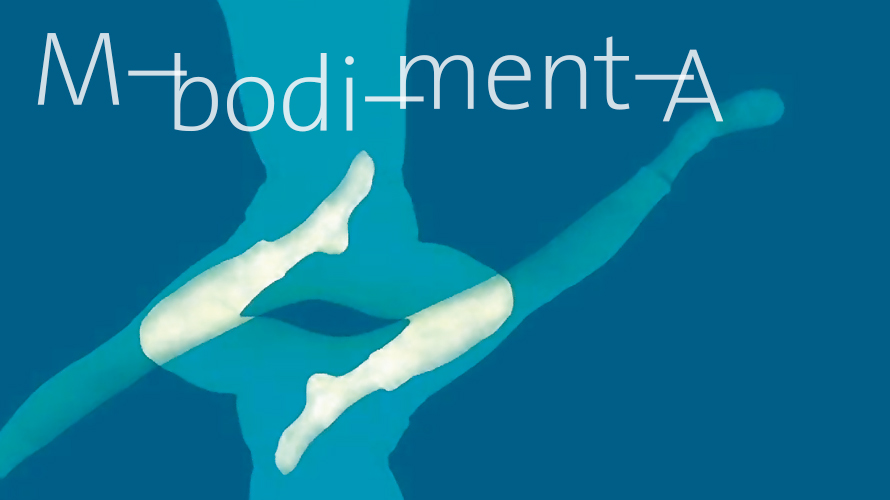 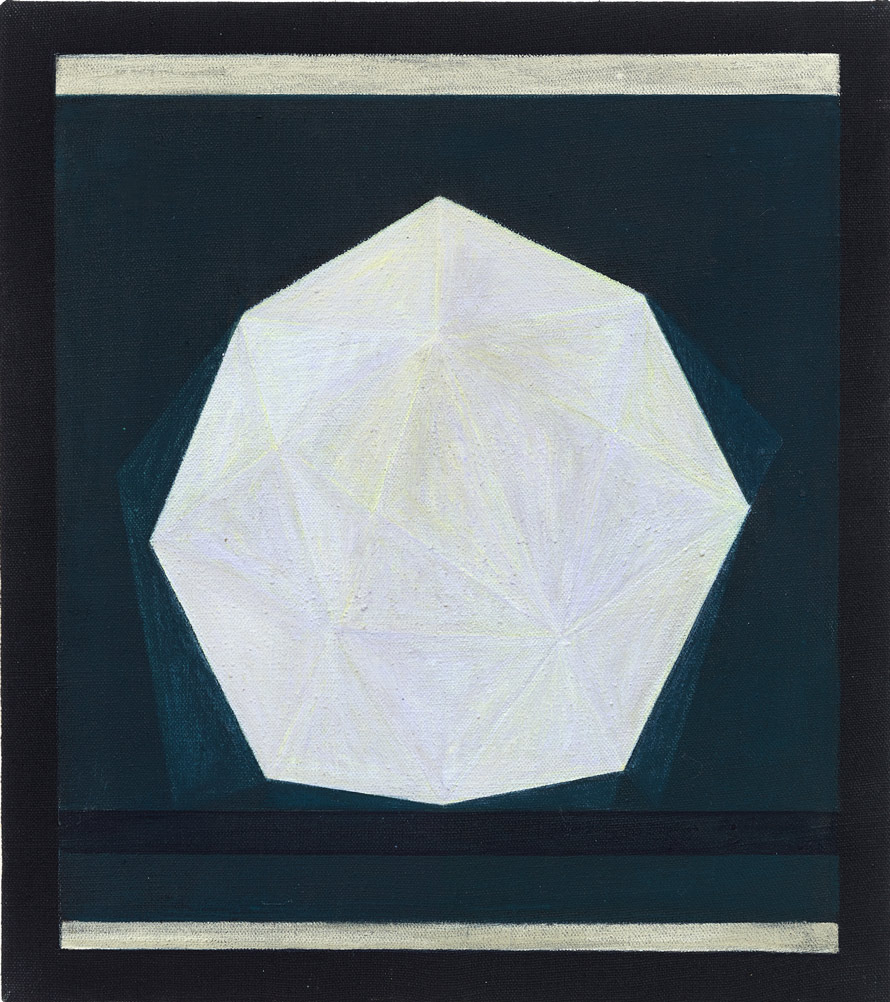 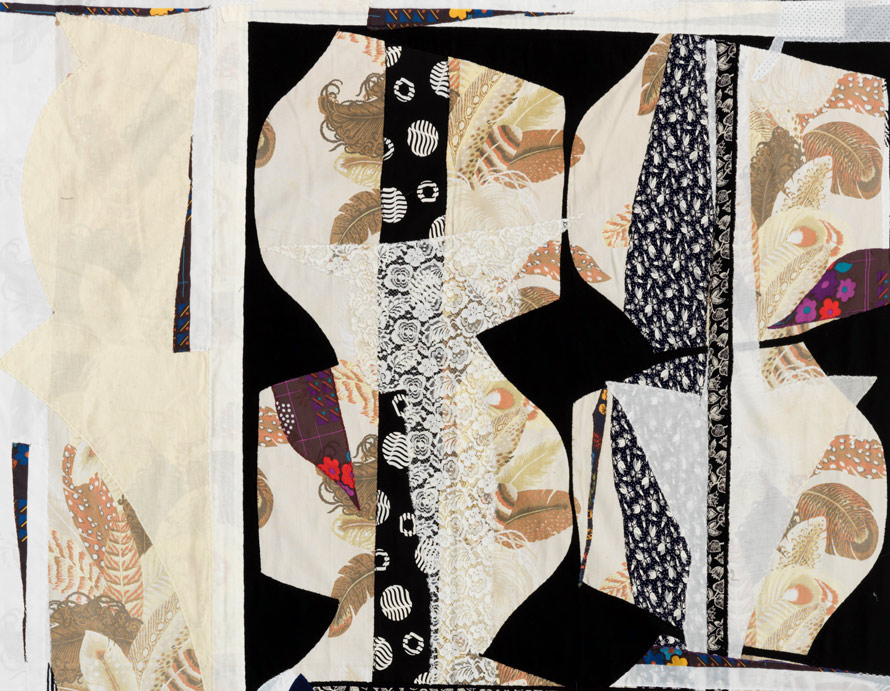 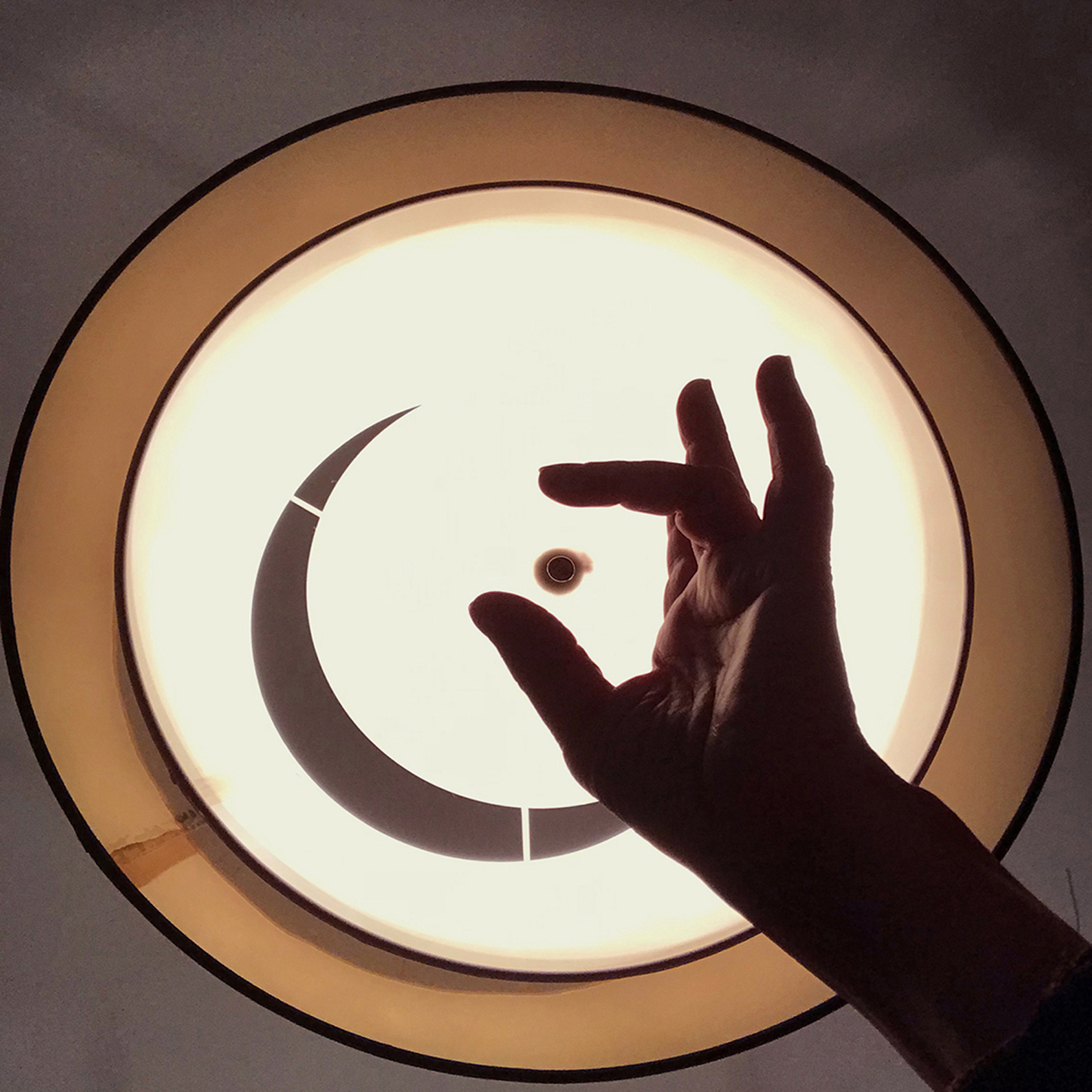 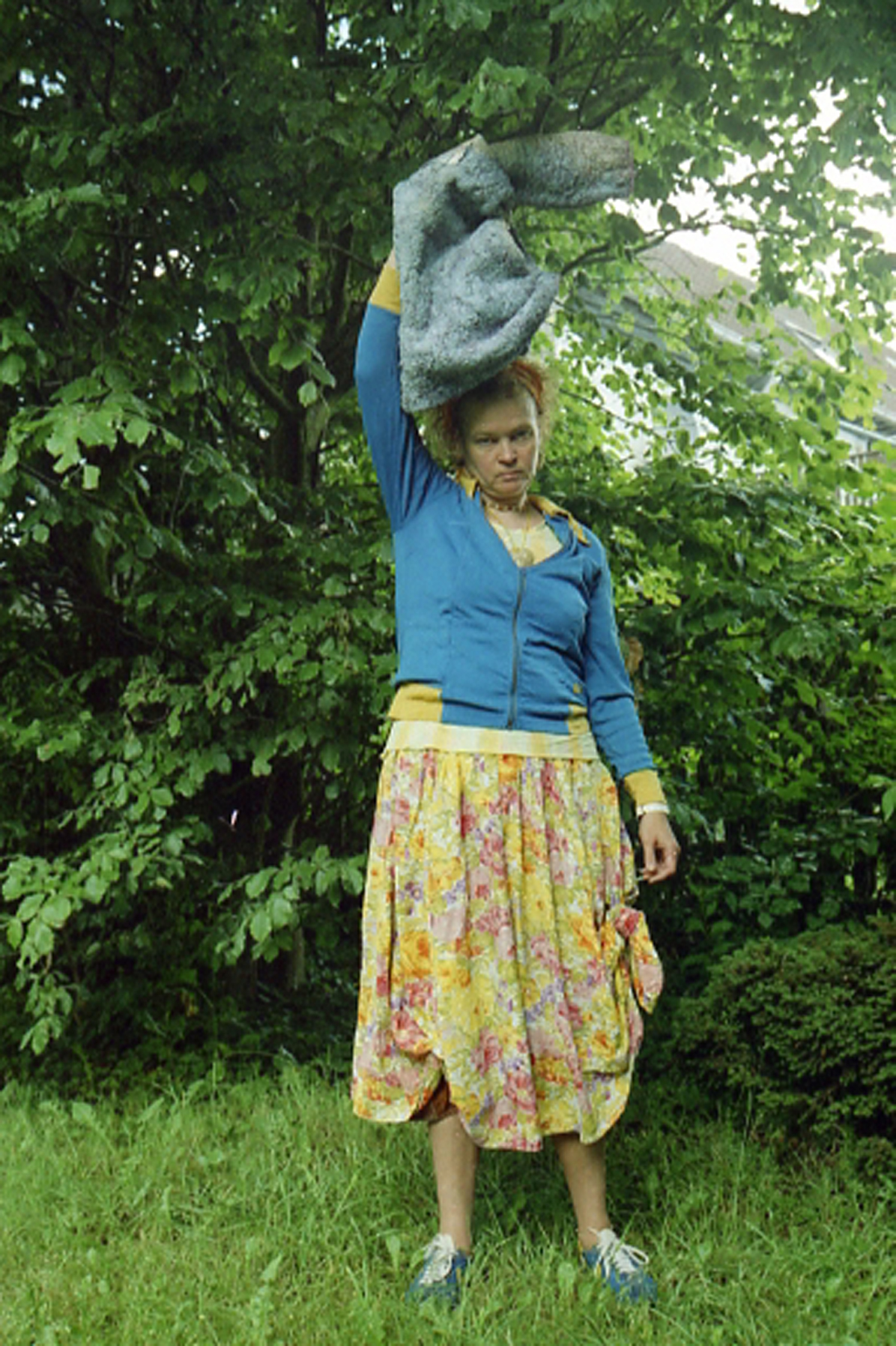 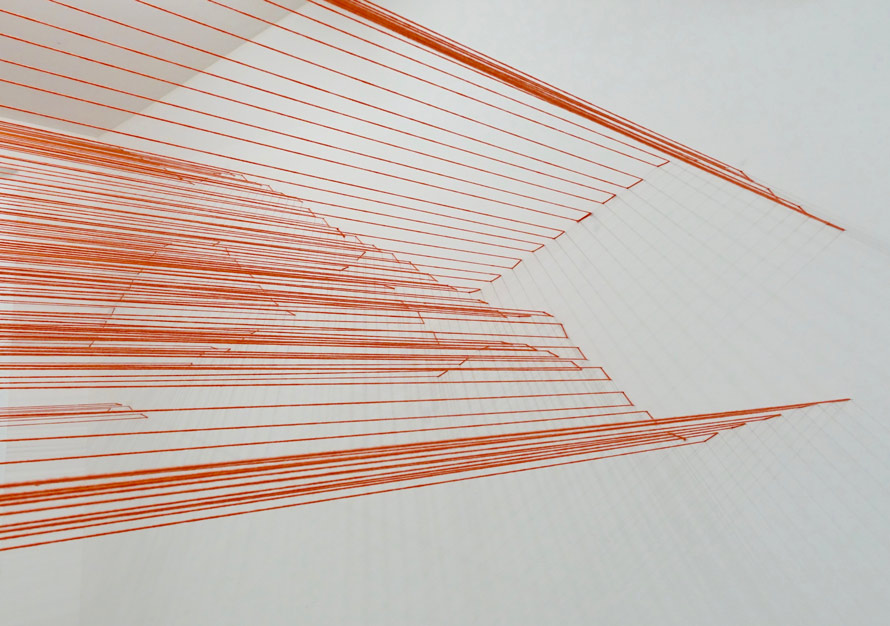 Visit
Please follow the current health regulations. You are required to wear a medical mask (FFP2) and to maintain a distance of at least 1.5 metres from other people.


The group exhibition »M-bodi-ment-A« at Deutscher Künstlerbund brings together works in a range of media by artists whose practice emphasizes embodiment. Originally a term from cognitive science, embodiment implies a holistic approach to the sensorimotor coordination of the physical body and its surroundings. At present, the term »embodiment« is increasingly being used in dance and movement therapy.

In the exhibition space, dialogue takes place between works born out of physical gestures, out of immediacy and intuition, out of the moment of becoming-involved-as-a-whole. Rather than using the body as a vehicle or material, these works speak to the viewer directly through their presence, without conceptual references or codes. They manifest the unity of artist, body-oriented creative process and expression – be it in the form of a drawing, a painting, a wall carpet, a piece of music, a video or a large-scale installation.

»M-bodi-ment-A« spans the generations, from Noa Eshkol, who died in 2007, to Abi Tariq, born in 1990. The featured artists are equally diverse in terms of training and practice. The exhibition is curated by Andrea Morein.

Claudia Larissa Artz (born 1969 in Bad Nauheim) works multiple layers of self-made pigment into the canvas, a slow process whose traces emphasize the texture and haptic qualities of the surface. Her lines define geometric forms in the pictorial space, linking the character of the canvas with abstract three-dimensionality. Her dry application of colour reveals her movements, connecting these spatial constructions with the physicality and temporality of her artistic gesture. Artz engages with concepts such as the Japanese mono no aware, literally »the pathos of things«, that denotes an aesthetics of ephemerality.

Arnold Dreyblatt (born 1953 in New York) belongs to the second generation of composers associated with the Minimalism that emerged in New York in the late 1970s. In his works, he deals among others with forms and processes of the culture of remembrance, and he is known for his media transformations of history. Repertoire (2017) is a minimalist sound composition in which the artist continually repeats the same note on double bass. Over an extended period of time, this monotonous bowing is transformed into a universe of minimal sound nuances resulting from the interplay of the instrument, its resonance and the artist’s movements.

Noa Eshkol (1924, Kibbutz Degania–2007, Cholon, IL) was a movement specialist, choreographer and artist. In the 1950s, working with the architect Avraham Wachmann, she developed an abstract geometrical notation system for movement that was to become her principle instrument when working with her dance company. In 1972 she began working on her extensive series of wall carpets, made by layering combinations of found fabrics onto a base material. Her dancers later fixed her designs with cross-stitching, which subsequently became an ongoing activity at the Eshkol Foundation. Eshkol described the scraps of fabric, often from discarded garments, as »negative forms« of bodies, which she reassembled into new geometric compositions as »positive forms«. Her work was guided by a process of »no rules, no theory, only passion«, as she put it in the title of her own essay on the wall carpets.

Andrea Morein (born 1950 in Vienna, member of Deutscher Künstlerbund) has her artistic roots in directing and German dance. During her studies, she attended Noa Eshkol’s movement classes. As a visual artist she later explored forms of movement and spatial perception in connection with questions of memory and historicity. In her videos, installations, photographs and drawings, but also as the curator of the exhibition »M-bodi-ment-A«, she asks what an artistic practice emphasizing embodiment could be. The exhibition includes, among others, her reworked photographs of performances dating from 1987 that deal with human presence and an embodied form of historicity.

Ohad Naharin (born 1952 in Kibbutz Mizra, IL) is a dancer and choreographer-in-chief of the Batsheva Dance Company, having been its artistic director until 2018. He developed Gaga, a movement language that trains deepening of perception and of inner processes as the point of departure for physical awareness. This forms the basis for his cooperation with the dancers of the Batsheva Dance Company during rehearsals that involve listening to their bodies, exploring them, and improvising as a way of challenging their movement patterns. The exhibition includes a video in which Naharin explains this approach in relation to his piece MAX (2007).

Abi Tariq (born 1990 in Karachi, PK) reflects in their work on the possibilities for using performance to highlight or shift hierarchical structures. Tariq's performances refer to various spatial situations like public spaces in Paris or private homes, examining them in terms of their connections to language, culture and power. In the video work Into ~ Balance (2015/2020) the artist uses calm, balanced movements of the body to explore the relationship between their own outline and the changing colours of the video space. In the process, the form of the body transforms gradually into an ornamental abstraction overlapping both visually and acoustically with the quietly flowing sounds.

Ulrich Werner (born 1949 in Fockbek) focusses in his drawings and paintings on structures abstracted from scientific images (astrology, neurology) and from directly observable nature (geological formations, water, plants). In these explorations of nature, rather than aiming to portray the object as such, the emphasis is on a haptic immersion in the act of drawing as a way of approaching a remembered physical experience. The exhibition includes two of his drawings.

Carola Willbrand (born 1952 in Cologne, member of Deutscher Künstlerbund) makes textile works using pieces of clothing belonging to various family members. In her performances she wears these objects herself, creating a kind of embodied family history. She also makes artist’s books whose associative interweaving of »found« texts sewed with a sewing machine manifest a »thread philosophy« that communicates with drawings, spaces and physical worlds. Willbrand is also a founding member of the PAErsche performance network.

Reiko Yamaguchi (born 1982 in Okayama, JP) studies human movements and uses the results to develop installations, photographic works and drawings that translate the experience of physical dynamism and its traces into visual and spatial systems. In the exhibition, she is showing a large-scale, site-specific installation made of stretched threads that invites visitors to view the space from different angles, thus also prompting movement.