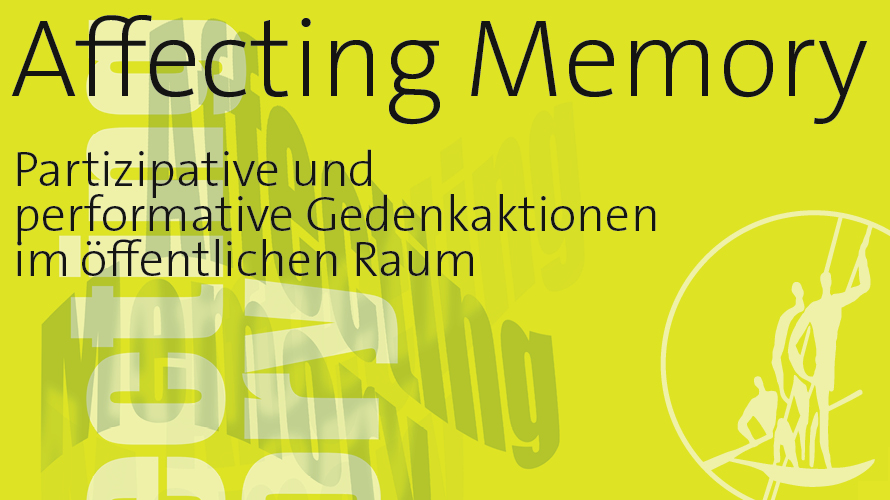 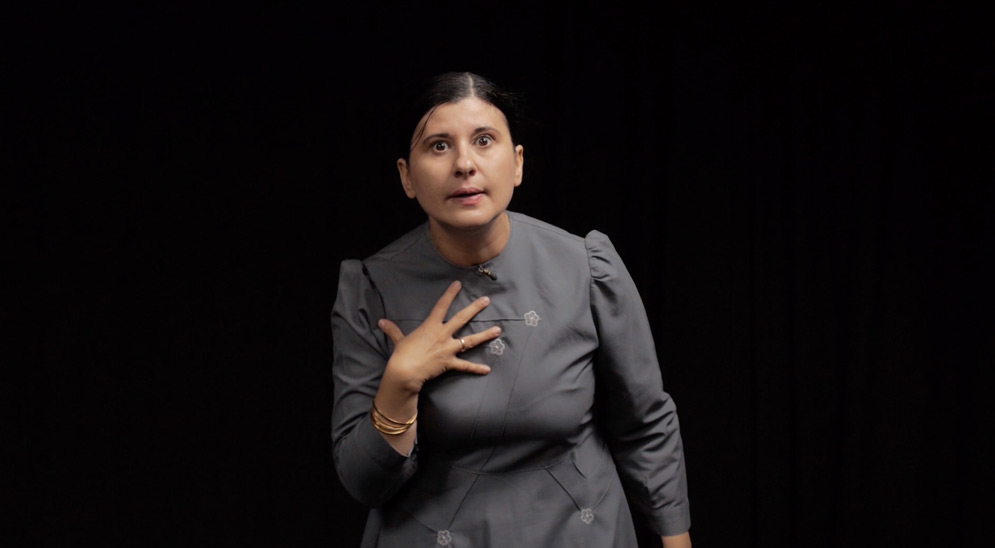 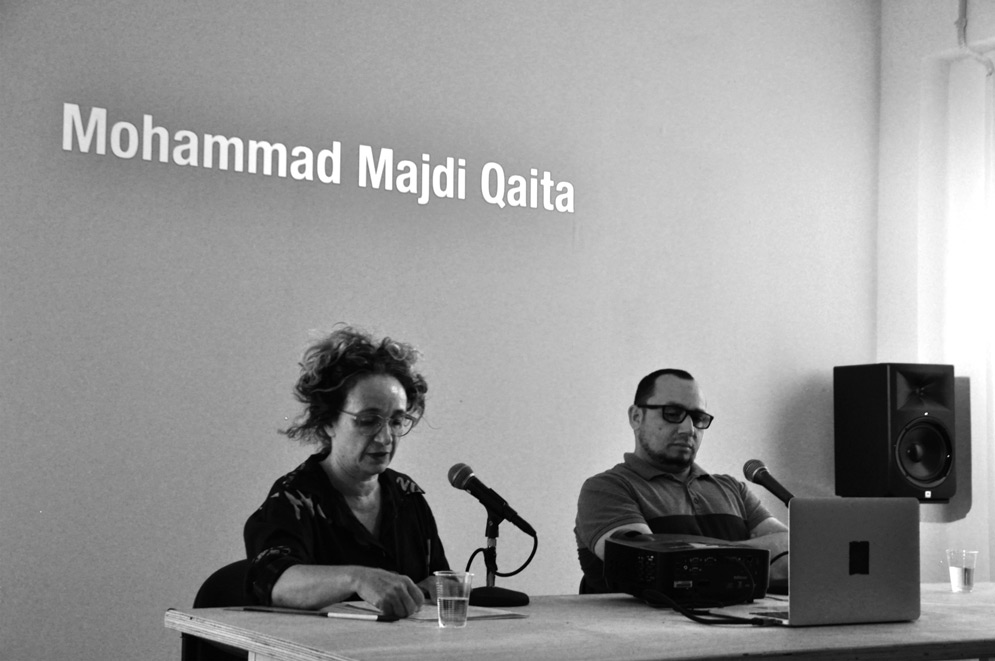 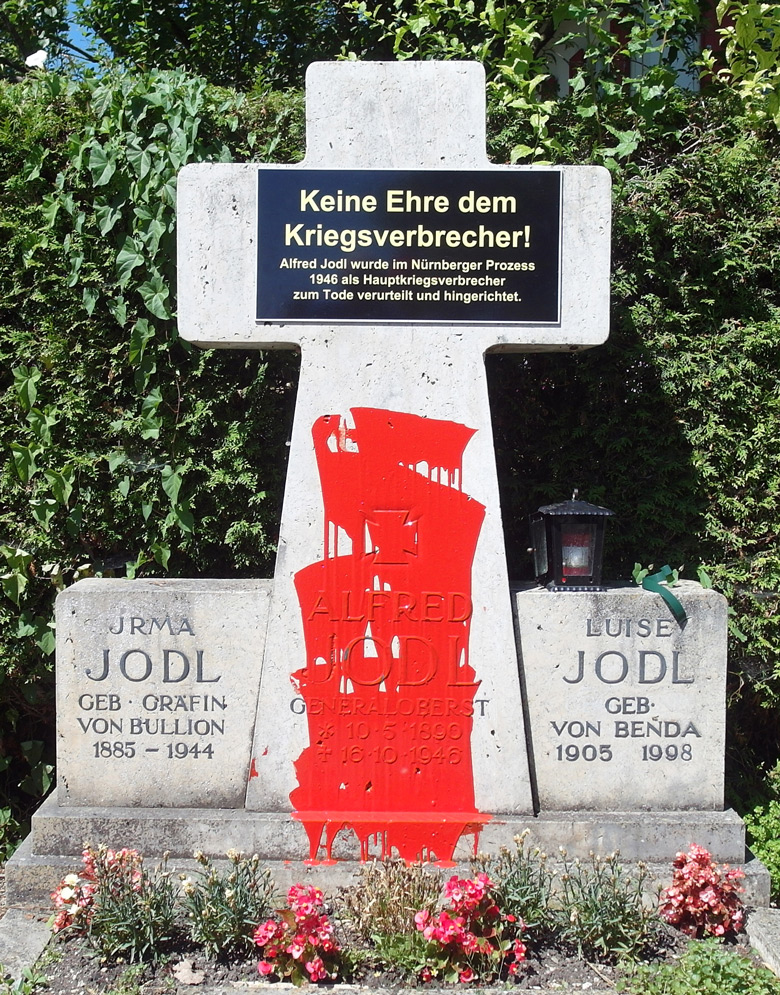 Live transmission of the speeches via Zoom:
https://us06web.zoom.us/j/83805805790?pwd=MWtUSHJiMThxWmNvem9uSXZHTXFqZz09

Lecture and talk with the curator and writer Paz Guevara (Haus der Kulturen der Welt and Archive in Berlin), with the curators Oscar Ardila and Stefan Krüskemper (in English)

This performative culture of memory as movement has developed in the form of participatory processes, temporary interventions and political performances. Focussing on the question of how art can be a productive force in society, foster processes of healing, and exert political influence, an alternative post-war culture of remembrance engages here with today’s global postcolonial culture of memory: The options proposed diverge from the current emphasis on mourning, with irony, humour and subversion playing a constructive, de-polarizing role in order to access and think about emotionally charged areas of memory in new ways.

Faced with a depressing resurgence of war and conflict, it is clear that many aspects of national and military cultures of memory must be urgently rethought. In the midst of polarization, disinformation and rising tensions worldwide, the canonical repertoire of memorials can only be viewed with scepticism and frustration.

In her practice, Cécile Belmont (FR) links the poetic and the political via everyday practices. Be it embroidering drawings in the countryside or writing on garments with passers-by in the city, her focus is always on communication and process. The series of embroideries and photographs in the exhibition addresses memory and landscape via the Atlantic Wall, a line of fortifications built along the coast of mainland Europe between 1942 and 1944 to prevent an Allied landing. In these strange landscapes, it has become hard to distinguish between the scars left by the fortifications and nature. As an act of remembrance, the gesture of contemplative embroidery creates a special relationship with time.

In her performances and installations, Nezaket Ekici (DE/TR) concentrates on themes including identity, religion, art history and architecture. The ideas for her works are often drawn from everyday life, as in Papa’s Poem, a video dealing with her own roots. It refers to a poem by her father Ziya Ekici, published in his book Balik Bastan Kokar/Der Fisch stinkt vom Kopf her. He came to Germany from Turkey in 1970 as a “guest worker”, joined by his family three years later. Papa’s Poem questions traditional art-historical notion of sculptures and memorials as fixed, durable objects. Both sculpture and the culture of memorialization are shown instead as flexible processes that constantly “shape” both objects (memorials) and individuals (personal positions).

Wolfram Kastner (DE) deals in publically visible ways with German history, with the presence and ongoing impact of Nazi crimes. His performances provoke discussion, thought, dissent – and often court cases focussing on the question of what art is and what it is allowed to do. One performance that has been taking place for years as a social sculpture is directed against a cross honouring the memory of Nazi war criminal Alfred Jodl on an island in Lake Chiemsee. Jodl was sentenced to death for his role in the murder of millions of civilians and prisoners of war. Kastner’s interventions explore historical awareness (including within politics and the legal system), the “freedom of art”, and the social responsibility of property in public space.

In her work about Katzbach concentration camp, Margarete Rabow (DE) combines elements of film and performance. In May 2014, the names of the 528 people killed at the camp, who were buried at Frankfurt’s main cemetery, were written in chalk on a street in the middle of the city. She then made a 37-second 16mm film with one name per frame. The resulting physical density portrayed the horrific events in a striking new way.

Ute Reeh (DE) uses drawings, performances, videos and public sculpture to examine the complexity of processes. In 2014, she invented the “Centre for Periphery”. Her approach is marked by an interplay between physical presence, personal perceptions, social interaction and the form of processes of change. In her drawings, she explores the systems in which we live. The works in the exhibition feature communicative dynamics and perceptions of the culture of memory, seen here not as fixed and immutable, but as something that involves highly complex cooperative processes.

In her work, Maya Saravia (GT) concentrates on the significance of dance in connection with fine art and memory. The dance notations in her contribution to the exhibition are transcriptions of the steps of street dancers from former Portuguese colonies in Lisbon, with whom she collaborated. Her work focuses on the very different ways memory is experienced and passed on in the Global North and South. The body and dance steps, as an ancient and performative form of “living” communication of memory and cultural identity, are contrasted with “western” written forms of memory.

In 697 STATE CRIMES, Santiago Sierra (ES) questions the current meaning of commemorating the victims of long-term armed conflicts on a global scale. During the hour-long performance, the names of those killed in the Israeli-Palestinian conflict between 26 July 2014 and 30 August 2018 are spoken aloud. This is an artistic manifesto of the presence and ephemerality of memory and historical discourse with reference to ongoing, unresolved conflicts. This work is a continuation of the performance2205 STATE CRIMES that names those killed during an Israeli attack on Gaza in 2014.

In his critical work on the colonial past of Germany and Europe, Roberto Uribe (CO) draws on archival photographs documenting the exploitation of workers on rubber plantations in African countries and in the Amazon in the early 20th century. He gives this material an added materiality by reworking the images in waste rubber from car tyres on sheets of glass as a metaphor for public circulation and transparency with regard to the past. There is also a video of the performance Vogelperspektive (Bird’s Eye View), in which the feathers of exotic birds were projected onto various art venues in Cologne, questioning the role of these institutions in the construction of “exotic” visions of the Global South.