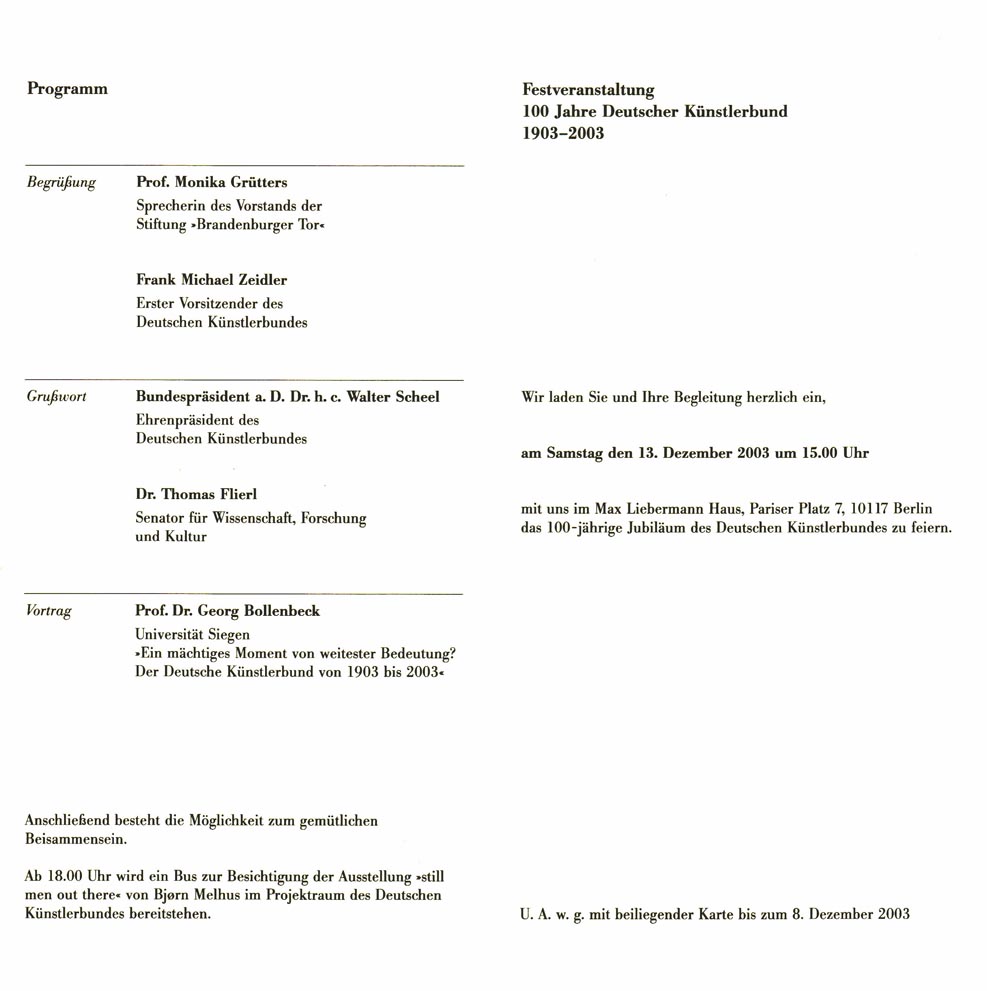 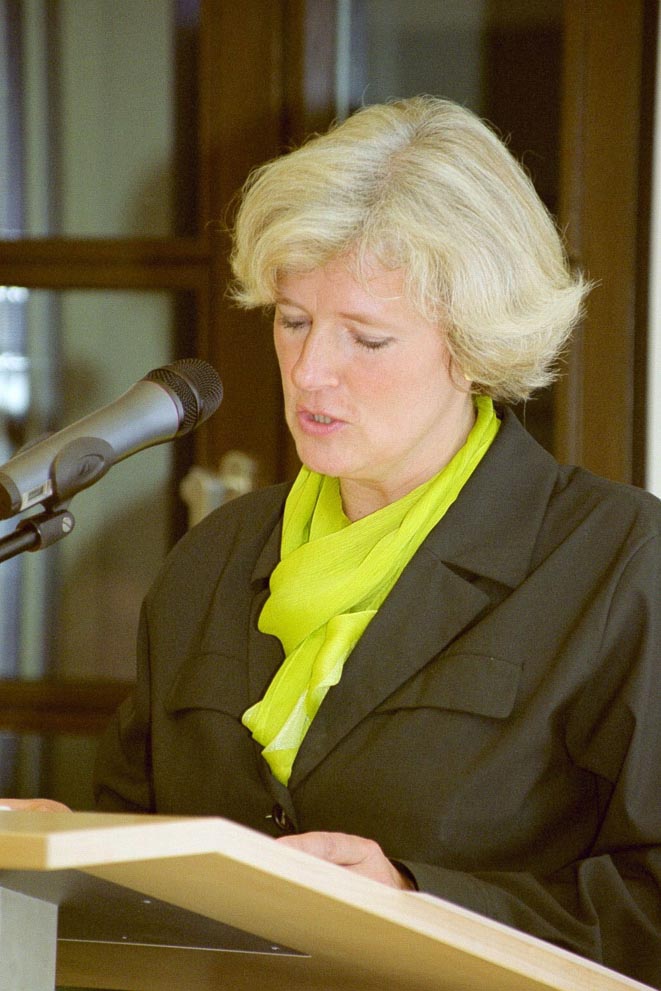 Prof. Monika Grütters, Spokeswoman of the board »Stiftung Brandenburger Tor« 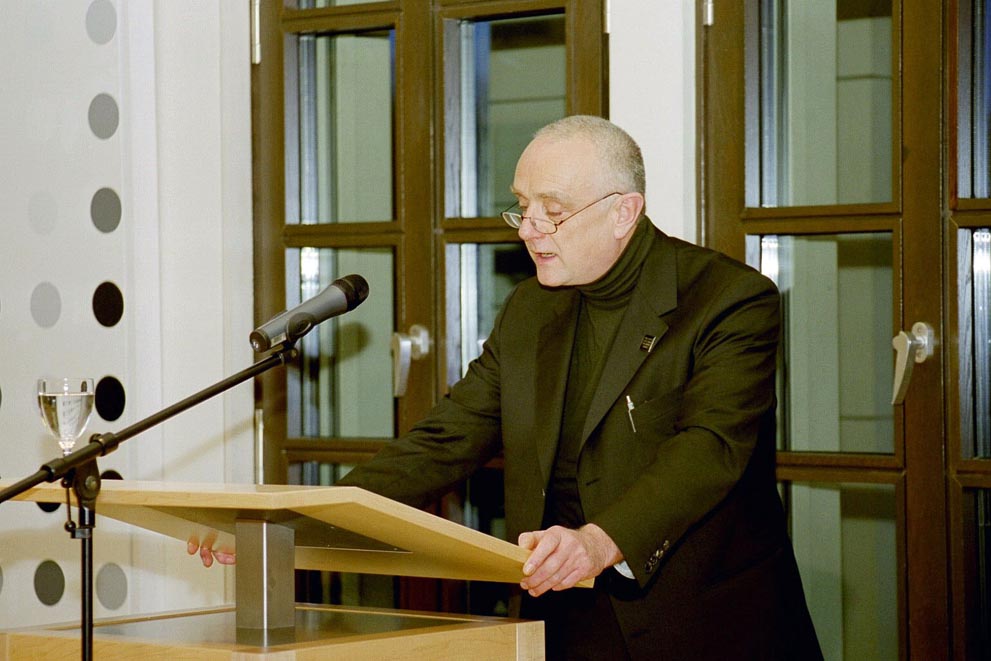 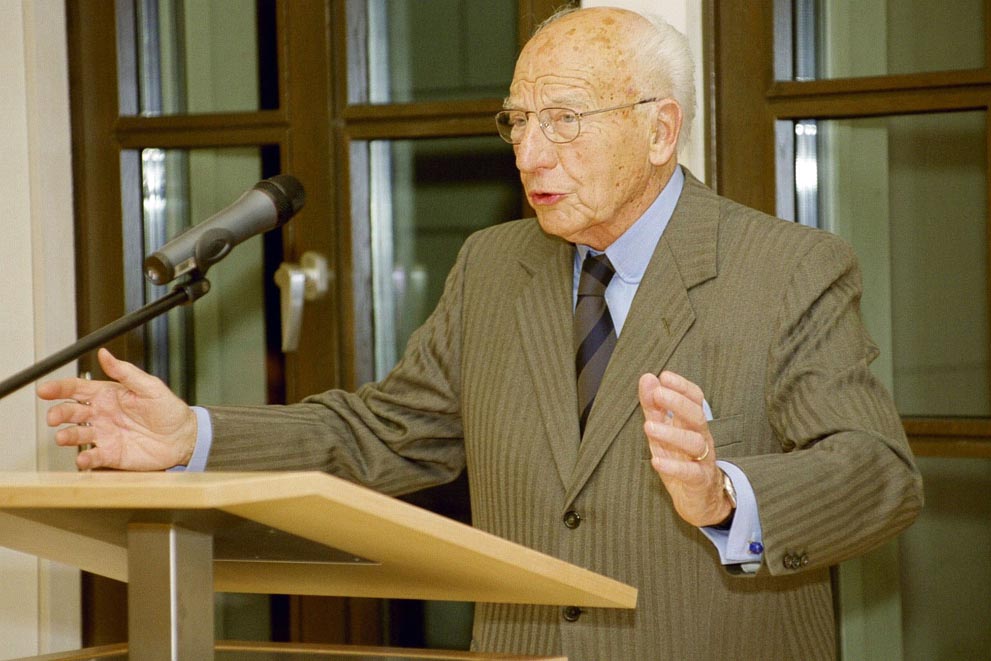 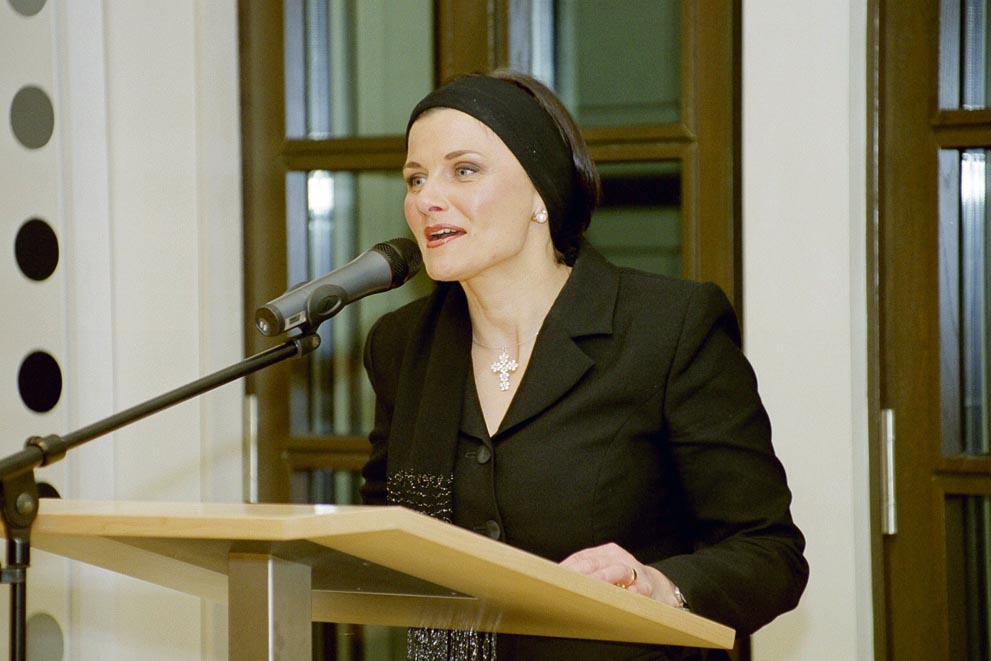 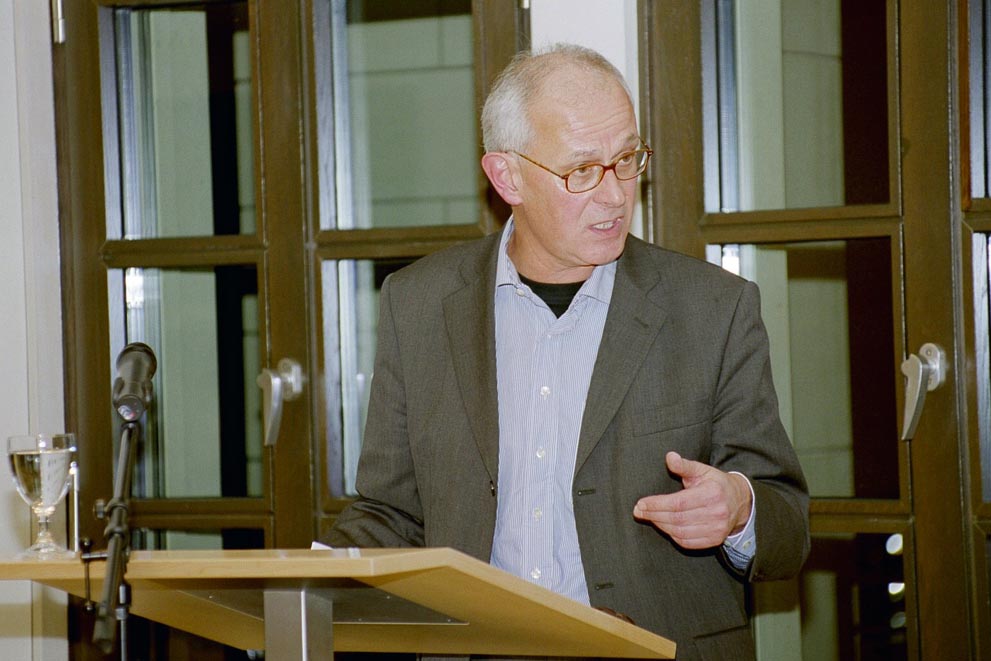 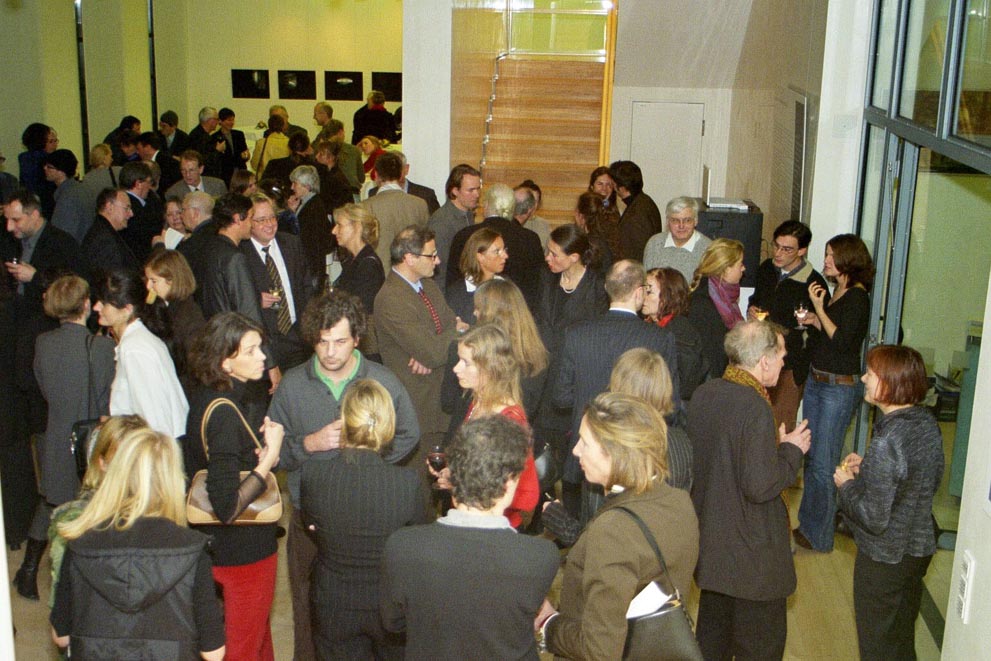 audience
Ceremonial act in the Max Liebermann Haus, Berlin
»100 Jahre Deutscher Künstlerbund«
The Deutscher Künstlerbund celebrates 100 years of existence as one of the oldest and renowned artist associations in Europe. Since its formation until today it has perceived itself as a vibrant place of artistic debate and contemporary discourse.

As an association of visual artists its goal is to represent the interests of its members in exhibitions, symposia and committees.

Apart from the commitment in present cultural-policy debates, interest in the artistic work of its members as well as general exchange in the form of studio talks and discussions are in the centre of attention. Numerous events in the Project Space, to which both members and international guests are invited, demonstrate this commitment.

Currently, about 500 artists are members of the association as well as other leading figures of the art scene, which makes it unique in its formation and meaning for the dialogue between artists and the public.

Several members participate in selection committees, boards of trustees and commissions, which consultatively contribute to the development of legislative regulations. In the course of these activities a number of remarkable results have been achieved.

The concept of autonomy, which was already vehemently defended by the founding fathers of the Künstlerbund in 1903, has become more and more important, especially in times of tight budgets for the cultural sector.

For the members of the Deutscher Künstlerbund artistic independence and collegial tolerance have been the basis of their artistic and cultural political acting, today and also 100 years ago.

Prof. Monika Grütters, Spokeswoman of the board of managers of the »Stiftung Brandenburger Tor«

Gitta Connemann, MdB, Chairwoman of the Enquête-Commission »Kultur in Deutschland«