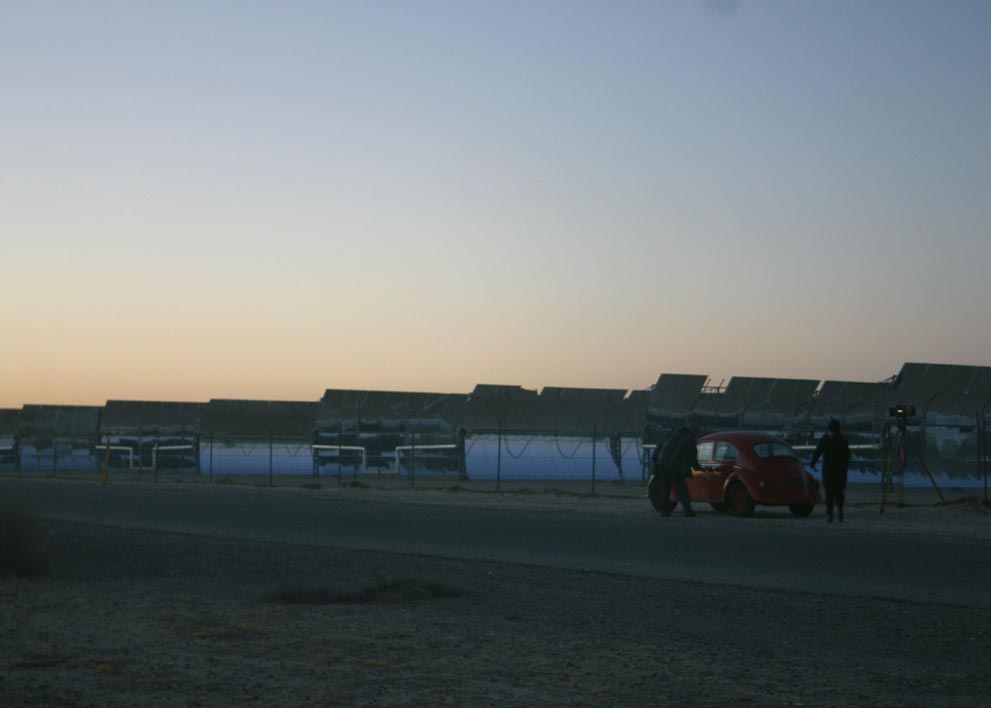 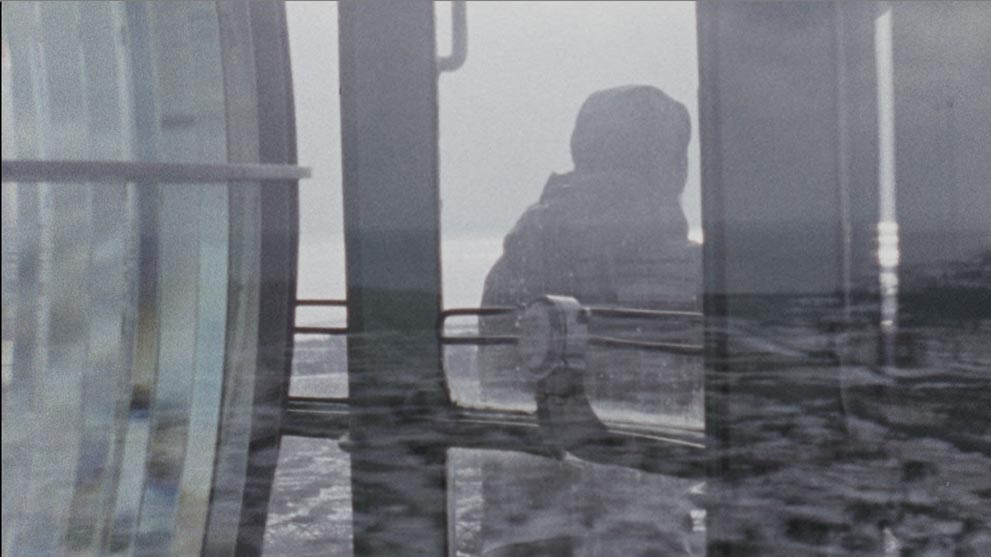 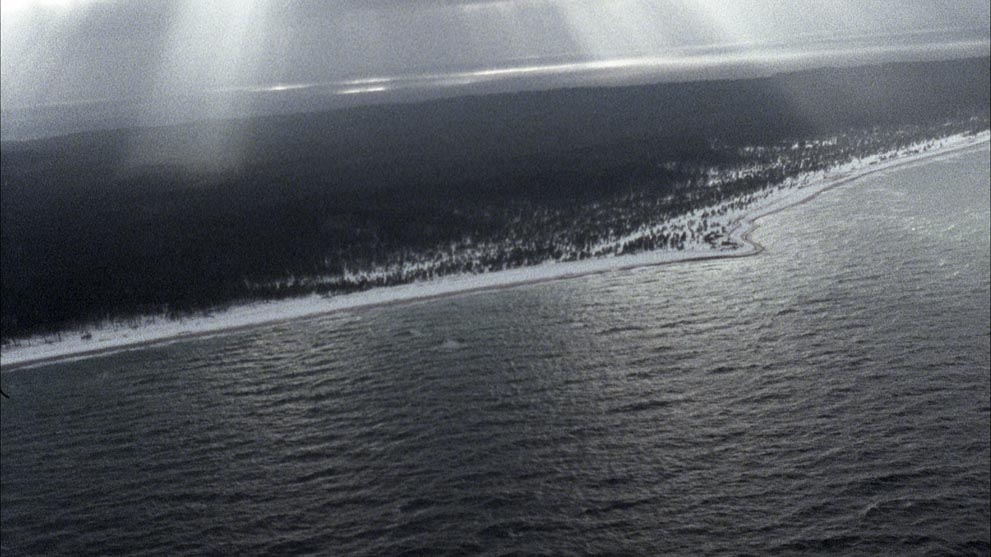 Exhibition in the Project Space
Rosa Barba
In her film-making  Rosa Barba describes the moment before a crucial action, an interstate, in which, for an instant, meaning dissolves leaving behind the look of incompleteness. Her storylines develop along the faint interface of constructions of fictitious and authentic realities; the tension of duration and moment, of expanded time and single instants.

Stringed events and minimal sensations build up imaginary channels of her networks - spaces, in which the unlikely and the impossible can evolve temporarily. The subject-matters range between otherness and understanding of reality.

In the project space of the Deutscher Künstlerbund Rosa Barba presents her new film »Outwardly from Earth's Center«, which was realised in the winter of 2006 during a residency at the Baltic Art Center Visby, Sweden. The film is about a society living on a drifting piece of land that threatens to disappear altogether. The situation forces the residents of the land to operate collaboratively in order to secure the survival of the individual and the preservation of the society as well as the identity of the island.

In fact, the Swedish island Gotska Sanön drifts annually by about one metre. The fictitious remarks of a few experts underline the surrealistic atmosphere of the film, which inverses in a striking and mysterious way the initial impression of an affectionate documentation in order to create an abstract and absurd image of the human being.

Born in 1972, Rosa Barba initially studied at the Kunsthochschule für Medien in Cologne and finished her studies there in 2000. In 2003/2004 she attended the Rijksakademie van Belldenden Kunsten in Amsterdam.

VG Bild-Kunst and Stiftung Kunstfonds
in cooperation with Deutscher Künstlerbund